About Love for Syria

Since the start of the Syrian crisis in 2011, over 2 million Syrians have fled to Jordan to escape the horrors of war. Forced to abandon their homes, traumatized by war, and unsure of how to provide for their families, a small group of women began knitting.

In September 2013, Laurie traveled to Jordan with a small team of like-minded people to meet this group of Syrian women. After the initial meeting in 2013, Laurie began focusing on knitwear branding, marketing, and product distribution, while her new Syrian friends continued perfecting their craft as artisans, leading to the eventual birth of Love for Syria.

Love for Syria has formed lasting relationships with their Syrian friends and continue to be amazed by their talents as artisans and humbled by their perseverance and determination to press on, despite the immense challenges life presents them.

Love for Syria currently supports a knitting group of 60 Syrian women, each earning a monthly salary of 100JD (approx. US$140). Thirteen of the 60 are original members.
By purchasing a piece of knitwear, you're not just supporting refugees  You're rewriting someone's life story. 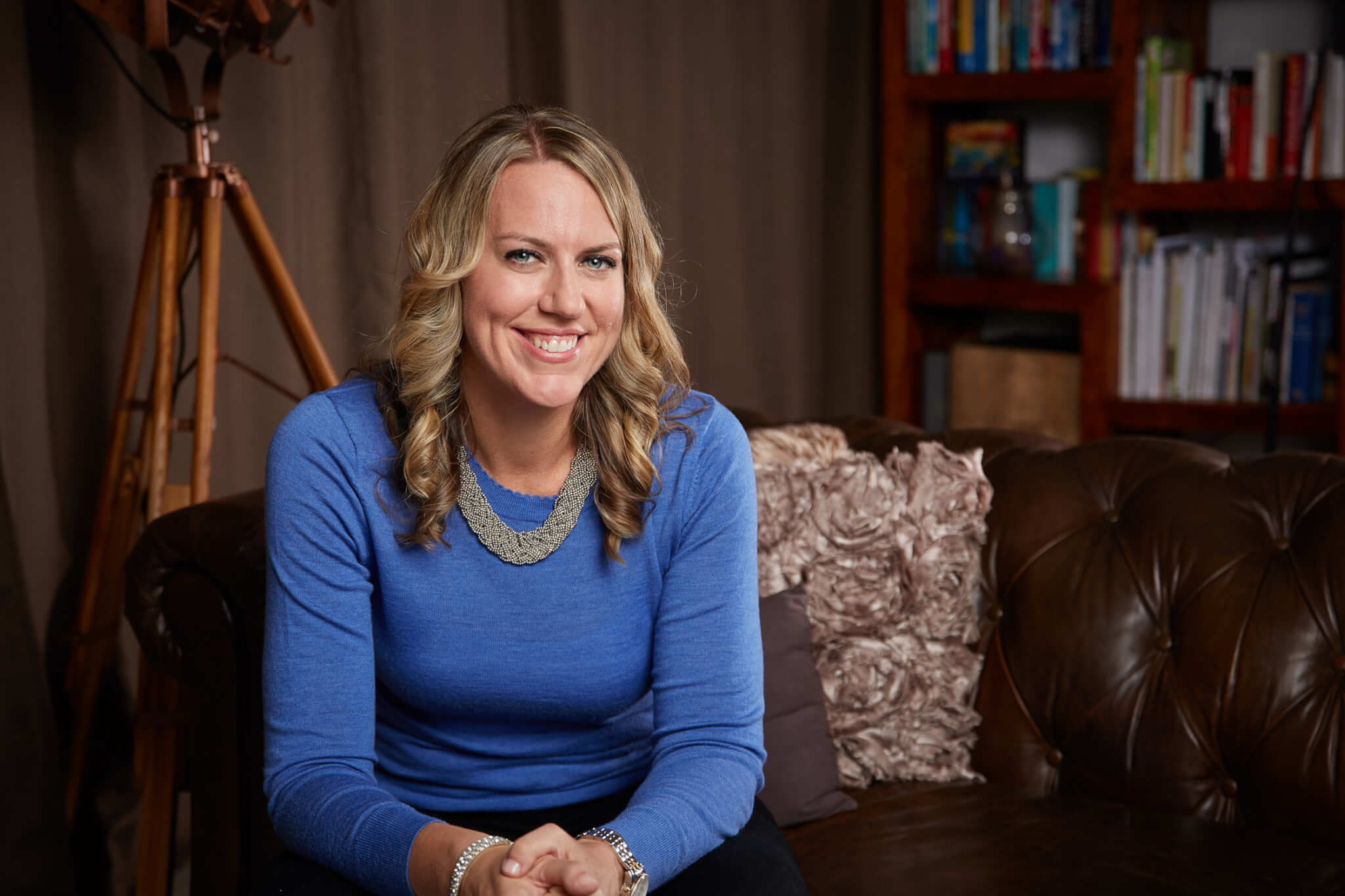 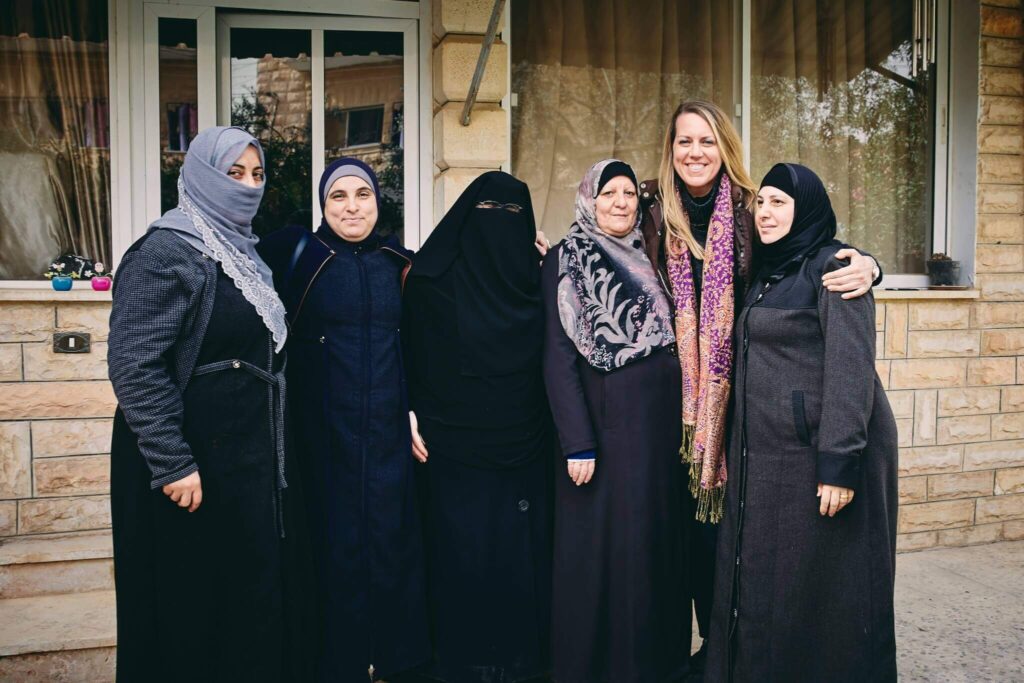 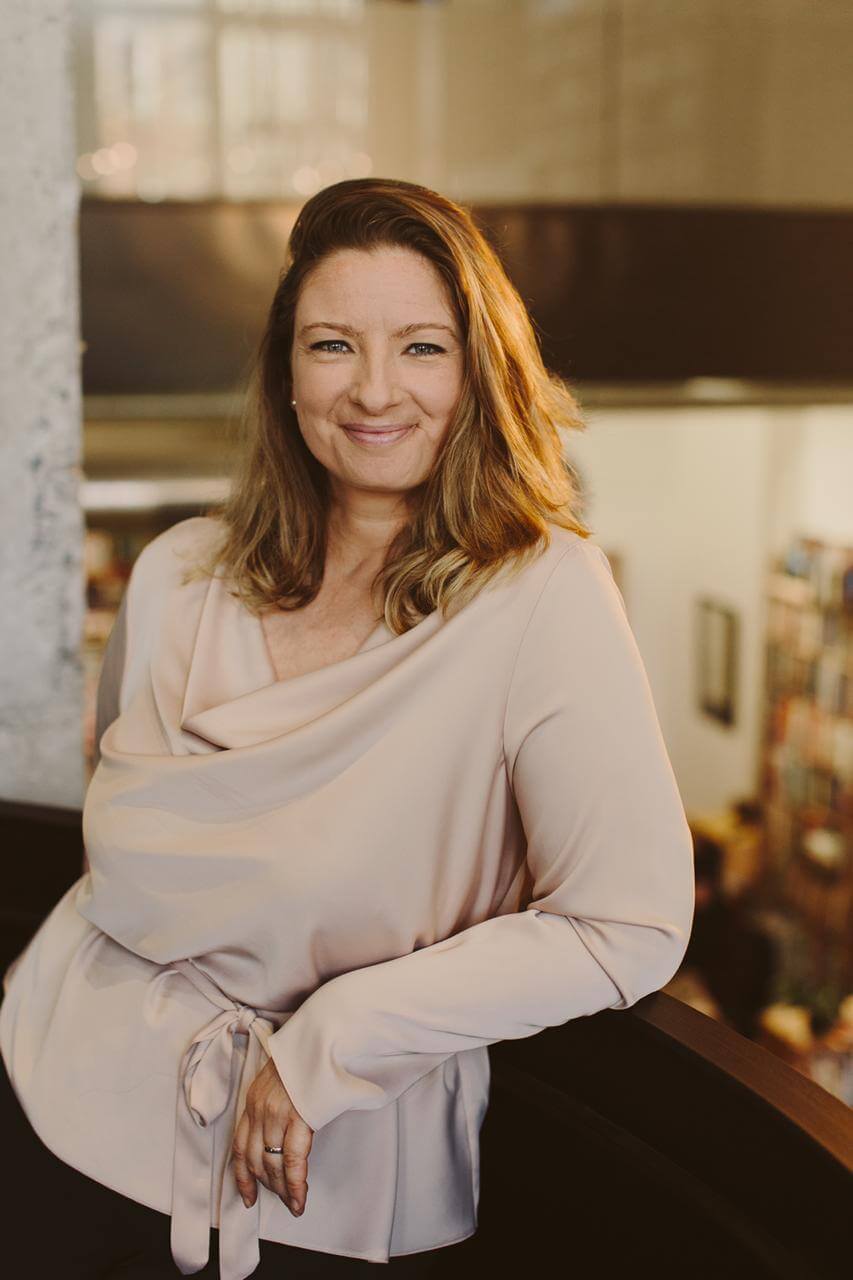 After hearing Laurie speak about Love for Syria’s work at a local church, Katharina approached her, asking how her skills as a photographer could best be utilized.  In February 2018, the two traveled to Jordan together, where Katharina got an intimate look into the lives of the knitters and their families.  The photographs and video Katharina took on that trip have given Love for Syria’s family of supporters a portrait of the life of a Syrian refugee.  Katharina remains inspired by the perseverance of the knitters, and offers all of her services to the glory of God.

In addition to providing income for refugees through knitwear,  Love for Syria exists to restore hope and dignity to the 60 Syrian women we support, who are living as refugees in Jordan. We believe that light shines the brightest in the darkest of places.  Because the people of Syria have experienced unimaginable hardship since the start of the crisis in 2011, we feel compelled to act. Through our website, love4syria.org, Love for Syria offers those wanting to get involved opportunities to purchase handcrafted, fair trade knitwear, give a winter care package to a Syrian child in our annual Keep A Syrian Child Warm campaign, make a one-time, tax deductible donation, or partner with us regularly through becoming a monthly donor.  Through our collective contributions, Love for Syria empowers our artisans to believe they possess the ingenuity and determination needed to provide for their families, giving them a sense of ownership over their futures.  We invite you to join the circle and stand with us as we stand for them.

Love for Syria believes in sharing in the burdens of others,
particularly the 60 artisans we support.  We stand in solidarity with
those whose lives have been unfairly and catastrophically upended by
war.

Love for Syria was created out of an overwhelming sense of empathy for
those whose lives have been affected by the Syrian crisis,
particularly the artisans we support and their families.  What breaks
their hearts breaks ours.

As a grass-roots organization, Love for Syria has exemplified a great
sense of determination from its inception.  We remain determined to
exhaust all potential opportunities, resources, and connections in
helping our knitters provide for themselves.

Love for Syria believes in helping refugees help themselves.  Allowing
our artisans creative freedom in their product development, which
subsequently generates an income to support their families, adheres to
Love for Syria's value of empowerment.

Love for Syria offers citizens of the world an opportunity to stand in solidarity with a group of 60 Syrian women and artisans living as refugees in Jordan, whose lives have been upended by war.  Love for Syria allows those burdened by the crisis an opportunity to turn
empathy into action, and we humbly invite you to purchase a piece of knitwear, gift a warm, knitted blanket set to a  Syrian child in our annual KEEP A SYRIAN CHILD WARM campaign, or donate monetarily, all of which result in a direct and tangible impact on the lives of these women and their families.  Since 2013, Love for Syria has worked at a grass-roots level with our knitters through various phases of trial and error in product development, with a shared determination to create and market a product that we are confident our donors will love.  In that spirit, Love for Syria values excellence and provides high quality, handcrafted, fair trade, refugee made products, on a professional platform, love4syria.org.  Because Love for Syria provides our knitters with a modest income and a sense of financial independence, we empower our artisans in giving them autonomy over their current situations while instilling a hope for their future and the futures of their children.  Our Love for Syria team would like to express a deep sense of gratitude to our donors for trusting us to serve as the platform of connection, and we hope you are equally inspired to get involved.

Love for Syria aids in providing a monthly salary of $150 to 60 Syrian women living as refugees in Jordan, knitting handcrafted items to generate income. Our website, love4syria.org, offers individuals the opportunity to act.  Through purchasing knitwear, sponsoring a winter care package in our annual KEEP A SYRIAN CHILD WARM campaign, or through monthly or one-time, tax-deductible monetary donations, Love
for Syria gets funds directly into the hands of those in dire need, and we invite any fellow empath with a desire to bandage some of the
broken hearts resulting from the Syrian crisis to join us.

Love for Syria values the relational bonds we’ve formed with our artisans over the years.  We seek to empower the women in maintaining a sense of hope and optimism for the future, despite the unimaginable challenges life has presented them.  Our Love for Syria leadership team has worked closely with the knitters since 2013, and has made
annual trips to Jordan to visit the project and more importantly, to maintain the emotional and relational bond with our artisans.  Through home visits, sharing in their deliciously prepared Syrian meals, listening to their stories, lending a shoulder to cry on, or praying over their futures together, the quality time we’ve spent with the knitters has formed the foundation of Love for Syria, on which we
stand firmly on today.

Sell knitted items handmade by a group of 60 Syrian women living as refugees in Jordan, providing an income to the women, improving their quality of lives.

Give winter care packages (consisting of a handmade blanket, hat, toy) to Syrian children living in Jordan, keeping them a bit warmer through the cold winters while putting smiles on their faces.

Provide partners an opportunity to contribute financially through donations or purchases, directly investing into the lives of Our 60 and
their families.

Love for Syria is a non-profit providing a small income to 60 Syrian women living in Jordan through selling handcrafted items the women
have knitted.

We take pride in getting to show our donors that they’ve given more than a financial donation, they've invested in someone's life story. In addition to providing monthly cash flow to the artisans, Love for Syria looks to instill a sense of community while creating a support network for the women.  Weekly meetings and sporadic events and celebrations have consequently birthed a sisterhood, where the women are able to share in the pain of the past and the struggles of the present, while holding onto hope for the future.

We currently have 2 main lines of knitwear - children's toys and women's fall/winter clothing items, and we hope to continue expanding into new markets.  We're also very committed to our Keep a Syrian Child Warm campaign, which allows donors to purchase a handmade blanket, hat, and toy handcrafted by the women and give it to a Syrian child who needs it.  We currently give approximately 500 care packages each year but we have big dreams of reaching 5000.

While Love for Syria joins our knitters in waiting expectantly for the day when a return to Syria can become a reality, we do not know when that will be.  Until that time, we remain committed to our artisans, humbled by their unwavering strength, resiliency, and spirit of
generosity.